Filmed in September 2019, Ben Platt’s concert at The Radio City Musical Hall will hit Netflix next month. The live event will drop on the platform on May 20. The news was announced by Ben Platt himself on his twitter account.

The concert which took place on the final date of Platt’s tour featured song from his debut album “Sing To Me Instead” such as “Share Your Adress”, the emotional “Grow As We Go” and “Bad Habits”, as well as his latest single “Rain” and several covers including “The Joke” by Brandi Carlile and “Take Me To The Pilot” by the one and only Elton John.

On Twitter, Platt said “In September I had one of the most wonderful nights of my life. Now I get to share it with everyone on May 20th thanks to @Netflix. Can’t wait to bring some music & laughter and hopefully help you forget your worries for a moment.”

Ben Platt already appeared in some of the streaming platform production including “The Politician”. He will also be part of the cast of “Merrily We Roll Along”, the movie version of Stephen Sondheim’s work, which will be filmed over a span of two decades. 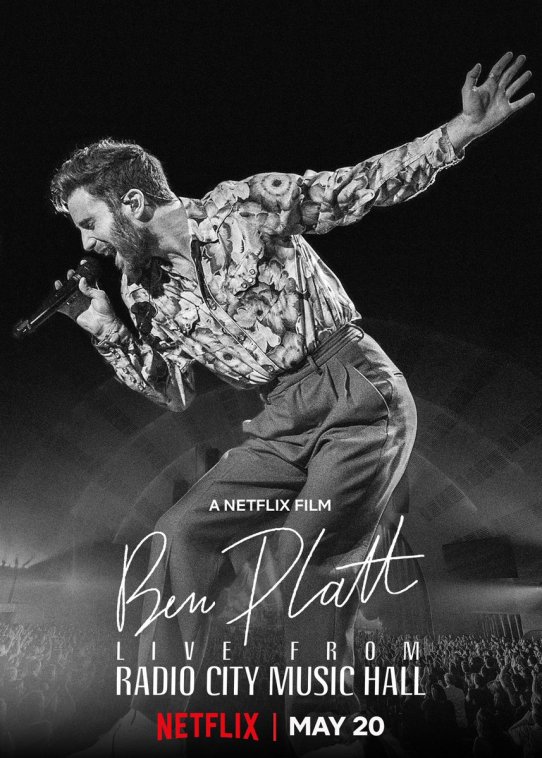